Last week, the code.talks conference took place in the Dammtor Cinemaxx - the same great location as in the last two years. Taking the conference name to heart, over 1500 developers gathered together in Hamburg to talk about code.

The two days were packed with different and interesting topics. Taking all of them into account would go beyond the scope of this recap. That’s why we’ll focus on our highlights.

John is an award-winning game development icon whose work spans over 130 games, 108 of which have been published commercially. Romero is the “father of first person shooters” having led the design and contributing to the programming and audio design of the iconic and genre-defining games DOOM, Quake, Heretic and Hexen. He presented a brief history of id Software, how he started, how he built the team, and the programming principles they adopted over time in order to be able to ship so many games. The presentation was filled up with short stories, very informative and also entertaining. The programming principles still apply today:

Probably every developer has been thinking about this topic already and has a formed opinion. And of course it’s interesting to know what an expert in this field has to say about it.

Tobias gave us some figures - e.g. that 29% of developers think their efforts will be replaced by AI - and also a couple of reasons why he’s convinced that AI will impact developers:

So, in Tobias’ opinion, the question is not if, but which job will AI “optimize” first. In general, it is significantly easier to collect data (or more generally, identify a desirable behavior) than to explicitly write the program. So jobs in that area might be a good candidate for AI.

But don’t worry !!, human programmers will still have to manually curate, maintain, clean, and label datasets.

This was another interesting presentation about Event Streaming with Apache Kafka. Robin explained how to use Apache Kafka not just as a message queue but also as a central part of the architecture. He explained that an event is both - a notification and a state transfer. Using event stream, we can log the behavior. Using Kafka as a central source of truth instead of a relational database will allow future refactorings with a clear architecture. If you’re interested in this topic, have a look at the presentation slides and his e-books.

The idea or inspiration behind this presentation is the fact that during development we spend way more time reading code than writing (10 to 1 according to “Uncle Bob”). That’s why it should be clear that well designed modules pays off in the long run.

Nina presented the bioreactor they’ve built in Berlin, a big box with tubes, sensors, and motors. They’ve also built a web application to control the reactor. The reactor is using microcontrollers to command different sensors and motors. There was a live demo in which Nina changed the spinnig speed and started the reactor.

By automating the reactions, the scientists can be sure that the process is always the same and get rid of the human error aspect. That’s why everything is automated - from feeding the cells to different timings in the process. And what’s best: you can monitor it live via the internet, no need to go to the lab on weekends.

Steffen started the presentation with a video named f*ck the poor ?. It was really interesting to see people’s reaction. He also went through other ethical dilemmas, like the trolley dilemma.

Then Steffen moved the topic to the “biased nature of humans” and exposed some possible dilemmas of developers:

Another interesting topic was how developers biasing may affect program accessibility features (or the lack of them because of “edge case” considerations).

To sum it up, Steffen provided some advice for developers:

A great takeaway of this talk: “Moral and ethics aren’t functional problems.”

The different presentations were grouped in several tracks (e.g Architecture, AI, Big Data, Buzzing Techs). But there was no need to follow one track for the whole day. We personally decided to attend the ones that looked most appealing to us, independently of technologies or topics. This way we got a great overview of what is going on! Besides the variety of great talks, we’d also like to mention that, as you might have guessed, this event was not only about presentations and coding. On Thursday evening, participants could enjoy a big party, plenty of food, drinks, and live music. Our bottom line of this conference: A great mixture and definitely worth attending! 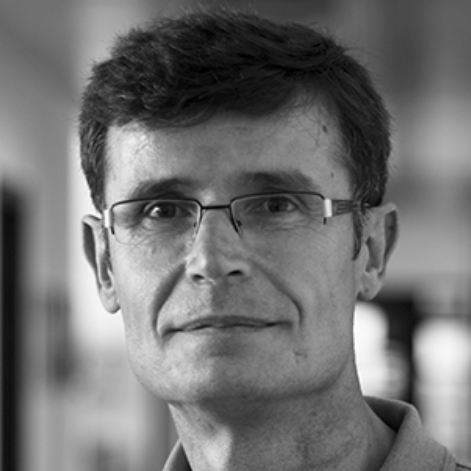 Juan Manuel Merino is a Software Engineer and Java/Kotlin enthusiast. He has a lot of experience in developing third-party connectors.

The Future of Recruiting Barcamp