This November I visited the Global Scrum Gathering in Prague. It’s been three days filled with interesting workshops, presentations and getting to know people.

The keynote of Niels Pflaeging followed the ideas of his book “Organize for Complexity”. The basic idea is that top down management structures were working in the industrial age with slow moving dull markets but that they die with the fast moving markets today.

He described organisations as peaches rather than pyramids, with a centre and a periphery. The customer always contacts the periphery and the periphery the centre. The problem with pyramids is that if the centre would steer, they would be too slow and also lack of the information the periphery has. He suggests to build teams/squads in the periphery and let them steer. It’s the idea of empowered self-organised teams. He also had a whole slide with example companies (big ones!) that are already working this way to prove it works.

One really interesting point was when he started to talk about the theory of X- and Y-people. 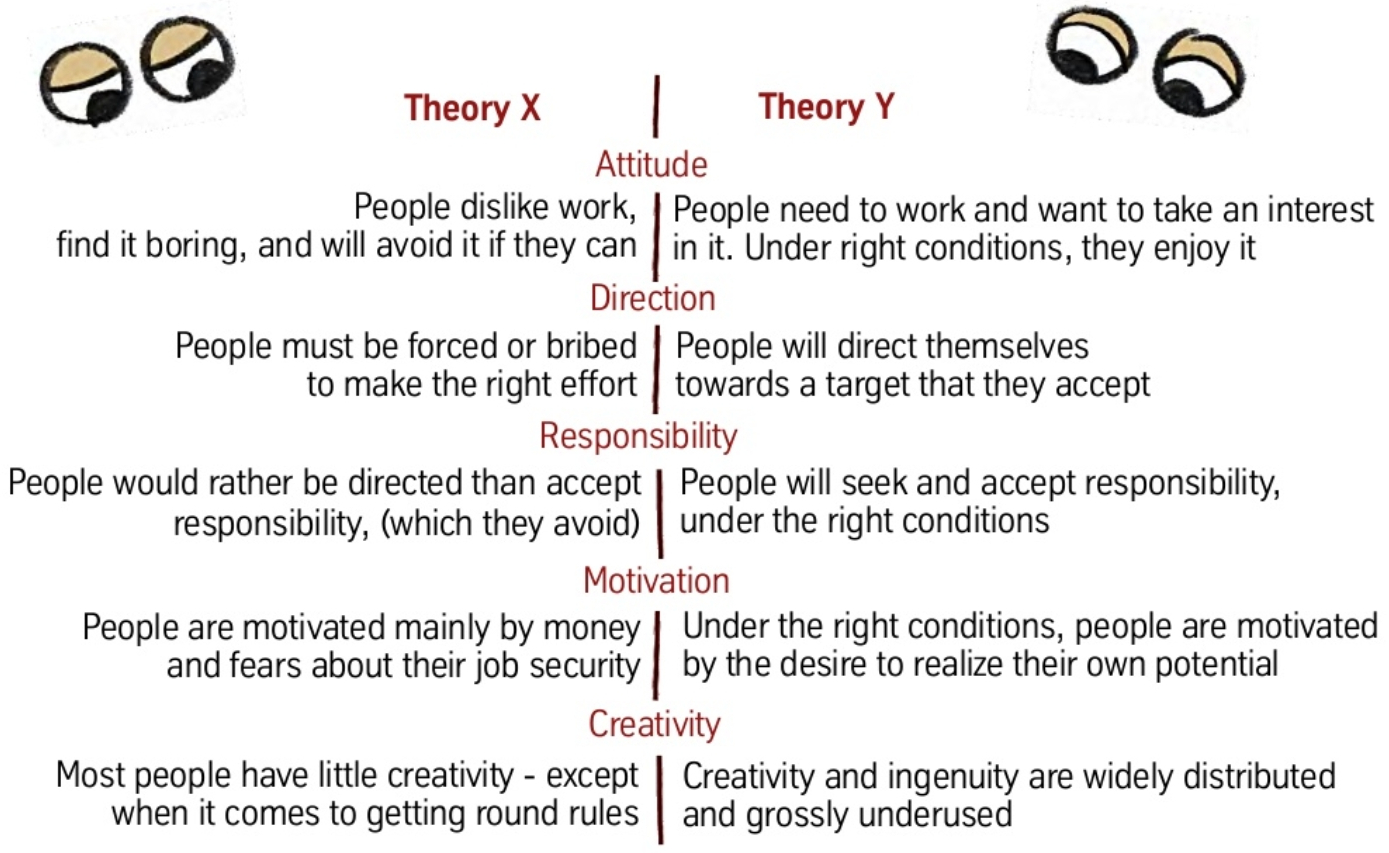 Everyone in the room wrote on a sticky note if they thinks whether they are an X or a Y person and on a second sticky note they put a guess of percentage of people who think they are an X person. Then we exchanged notes and those holding an X were supposed to raise their hands. It appeared that out of 500 guests only a handful was holding an X and the presenter said out of statistics you can round that to zero. The conclusion is that there are no X-people but in organisations there are a lot of systems for them. Statistics show that only 5% of the problems at work occur due to people while 95% come from the organisational systems.

Systems that got designed for non-existing X-people are destructive and we should get rid of them. He had a whole slide with examples, but I personally most liked his statement: “Bonus systems are a crime against humanity.” If you want to see his whole presentation, you can find it here.

Gary Bamberger - Introduction to Coaching Skills for SMs and Leaders

In this workshop Gary Bamberger gave an introduction to what coaching actually is and how you do it. He explained that coaches help to expand the thinking of the clients so they find own solutions for their problems. Coaches don’t dictate the solutions. He introduced seven Coaching Skills you can use in a session:

After the theory part we went to practicing it in groups of three. One person presenting a problem, the second one coaching them and the third person was observing and giving feedback after the coaching session. The funniest problem in our group was definitely “My daughter wants a kitten for Christmas!” It was really interesting to try it and afterwards we all agreed that the hardest part is to not give solutions when you are confronted with a problem but try and get the person to find the solution themselves.

Taghi Paksima - Slowing down to speed up: agile and technical debt

Taghi Paksima was talking about technical debt, its consequences and how to tackle it. I liked his definition of the term:

“Technical debt is all the mess you are leaving behind when you think you are done.”

As consequences of TD he listed the creation of a financial burden, the killing of productivity and that it makes maintenance difficult. Most interesting was the point that too much technical debt can even lead to reverse the culture in the team or company from “we are good” to “life sucks” (Following the Tribal culture: 1 = Life sucks, 2 = I’m good, 3 = We are good, 4 = Life is good). He also made clear that TD is inevitable, but there is a big difference between conscious decisions to do something quick and dirty right now but having a payback plan later, or doing unconscious TD or even conscious TD without a payback plan.

His advice to tackle TD was to make it visible. Use a special kind of ticket either on the backlog or a separate board. Plan it in the sprint or take a certain percentage of the sprint (e.g. one day per sprint) to only work on TD.

Pavel Dabrytski was teaching the audience all the basics about contract, budgets and capitalisation in Scrum. It was interesting to hear it from someone that has worked with this in practice. There were many information I couldn’t fully grab because I’ve never worked in Sales, so my advice would be to have a look at this video. It’s roughly the same presentation Pavel was holding on the Agile Africa conference this year.

The different contract models you can use in Scrum are all based on the idea to fix time and cost, but not scope.

You can find the slides of this presentation here.