Once a year, ePages offers its employees the unique opportunity to extend their knowledge of the technologies they or their colleagues use on a daily basis and speak up about things that interest them. It was also the ideal opportunity to get to know people that normally work too far away to have met them by any other means than Google Hangouts. After having had to yield its slot in the ePages annual schedule to the Commerce Summit in 2017, the ePages R&D Day returned in full splendour this year.

An ample assortment of fruit, pastries and drinks provided as (second) breakfast guaranteed a nice start into the day, which then was kicked off by ePages’ CTO, welcoming everybody and giving some information about what the company was up to lately. The first talk of the day was held by one of our Scrum Masters, who talked about possible dysfunctions of a team and how to overcome them. This was followed by a talk from the developer’s point of view on the infrastructure of our software, thus offering a nice mixture of technical and organizational topics.

The morning was wrapped up by a pair of lightning talks, presenting in short two seemingly unrelated but surprisingly relevant topics in the context of software development: The basics of design principles we all live by through our use of (sometimes somewhat trivial) everyday objects and the patterns in which we communicate. In preparation of the talks that were to follow in the afternoon, everyone took a thorough lunch break and came back invigorated to hear more of what the presenters would have to tell.

While the speakers of the morning talks had enjoyed the privilege of the audience’s undivided attention, gloves were off in the afternoon, as there were two or three talks held simultaneously at all times, competing to draw interested listeners in. The decision on what talk one was going to attend was a tough one, as all the topics covered seemed so inviting and worthy of further discussion. Luckily, an even distribution of all ePagees over the conference rooms was achieved in the end. As in the morning, the organizers of the event and the speakers had managed to prepare a rich variety of topics ranging from API documentation to mobile coding and methods of learning new technologies.

After having taken in so much, the attendants of the event got a chance to get at it themselves in the final part of the day, as three workshops were provided that not only sought to teach one or the other useful skill to the audience, but also provided a glimpse of the toil developers around the world are facing each and every day: One workshop was about how to build an OAuth client, the second one introduced the basics of shell commands/scripts (bearing a name prone to one or the other nerdy reference and the third one gave an insight into Ansible.

We are in the middle of a #shell workshop... Don't worry... @Air2ick told us to never use the last one 😉 pic.twitter.com/MXyG1DIH82

After a long and highly instructive day, I think everyone went home a little more knowledgeable about what happens under the hood of so many applications we have come to take for granted, and a little more aware of what should be done to make working together more productive and delightful. And for some, this hadn’t been all, as they decided to visit one of the many nice locations around our office to grab a drink or have dinner with their favorite colleagues. 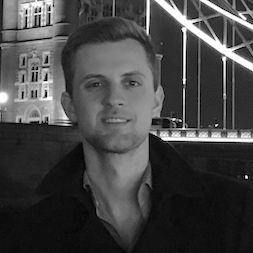 ePages YOU - Our annual gathering of ePagees

Write the Docs Prague - It's not just about writing skills