On 19th and 20th of May, the Spring I/O conference took place in Barcelona. It was the 5th edition of an event whose goal is to spread the word about the well-known framework Spring and, more importantly, the ecosystem around it. Luckily, four ePagees including myself had the chance to attend the conference.

The conference itself consisted of a number of talks and workshops, up to four at the same time, and each day began with a keynote.

As you might expect, I didn’t find all activities equally interesting or fun, so I’ll just talk about those I enjoyed the most in no particular order.

My colleague Mathias spoke about the same talk on his post related to GeeCON Kraków, so I won’t repeat what he said, but that was undoubtedly one of the highlights of the conference. In fact, a Josh Long (@starbuxman) quote was included in the official Spring I/O t-shirt: “Make Jar not War”.

Roberto Velasco (@hdivroberto) is the CEO of Hdiv, whose goal is to provide security solutions for applications. During his talk he pointed out the fact that it’s very important to implement security measures in both client and server sides. For instance, given a certain form, preventing users from entering wrong or unexpected values into its fields is not good enough because those security measures could be bypassed. Therefore, such fields should be double-checked on the server side, and Mr. Velasco explained how they do it in Hdiv.

“From imperative to reactive”, by Rossen Stoyanchev

Rossen Stoyanchev (@rstoya05) is a member of Spring Framework’s development team at Pivotal. He and his colleague Stephane Maldini (@smaldini) opened the second day with an interesting keynote about one of the main focus of the conference: reactive programming. 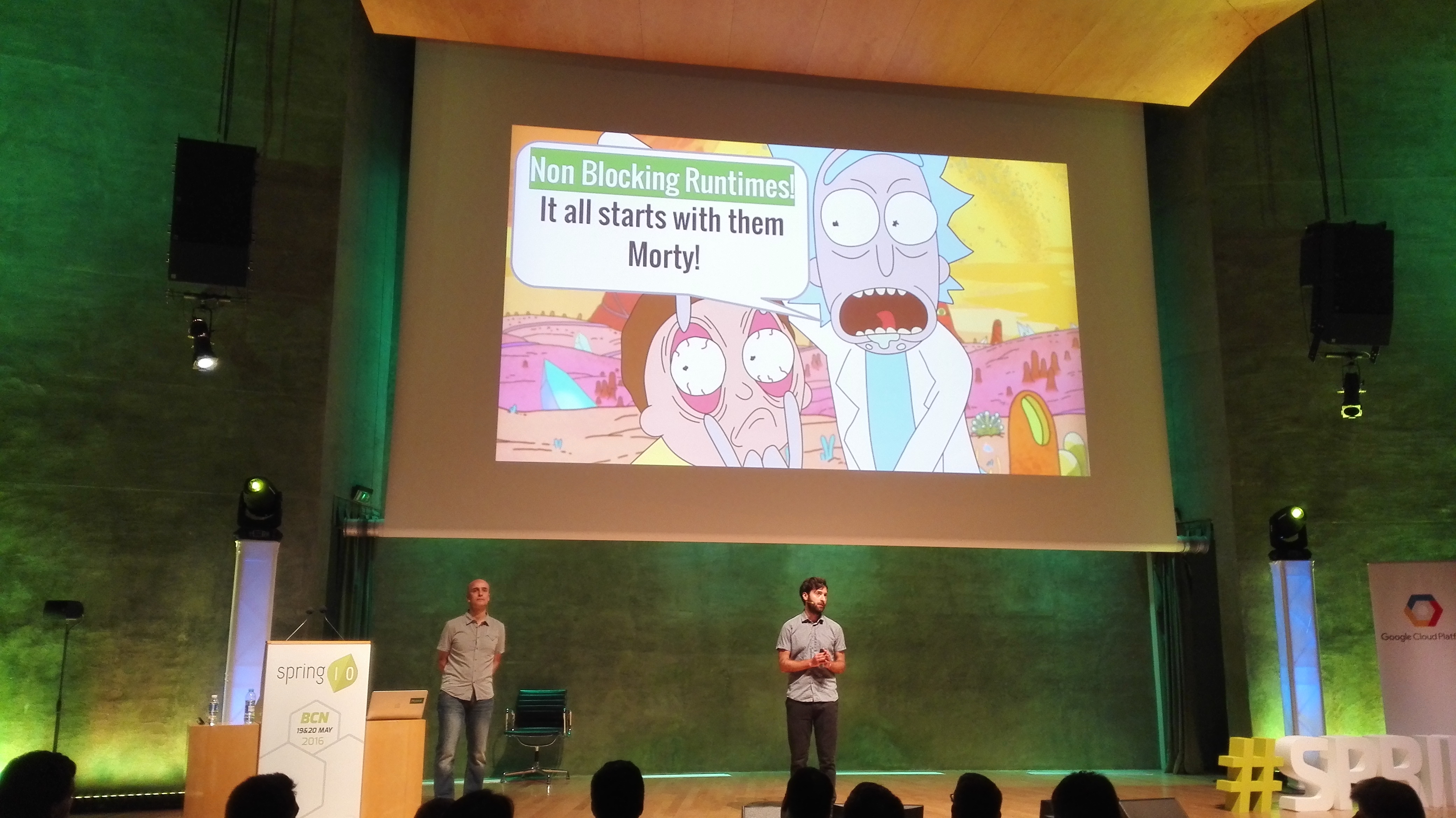 Later on, Mr. Stoyanchev’s went into further detail on “From imperative to reactive”. The main idea behind that talk was to design asynchronous APIs that allow applications to use fewer threads that don’t block each other. One tool that helps doing that is Reactor, which is a Spring library.

Last but not least, Rob Harrop (@robertharrop) brought some numbers to the table to talk about microservices’ performance, which is a combination of throughput and latency. The latter is quite a popular yet ambiguous term which is not as easy to analyse it might seem. In fact, checking its mean is not enough, or actually meaningless, as stated by Rob Harrop himself:

Mr. Harrop showed a couple of tiny web apps that included some interesting graphics where you could see how performance changes depending on certain variables.

During those two days I had the chance to enjoy a conference full of top-notch industry experts who shared their views and knowledge on Spring, microservices, and other related topics. It was a pleasant experience that I hope will be repeated again. 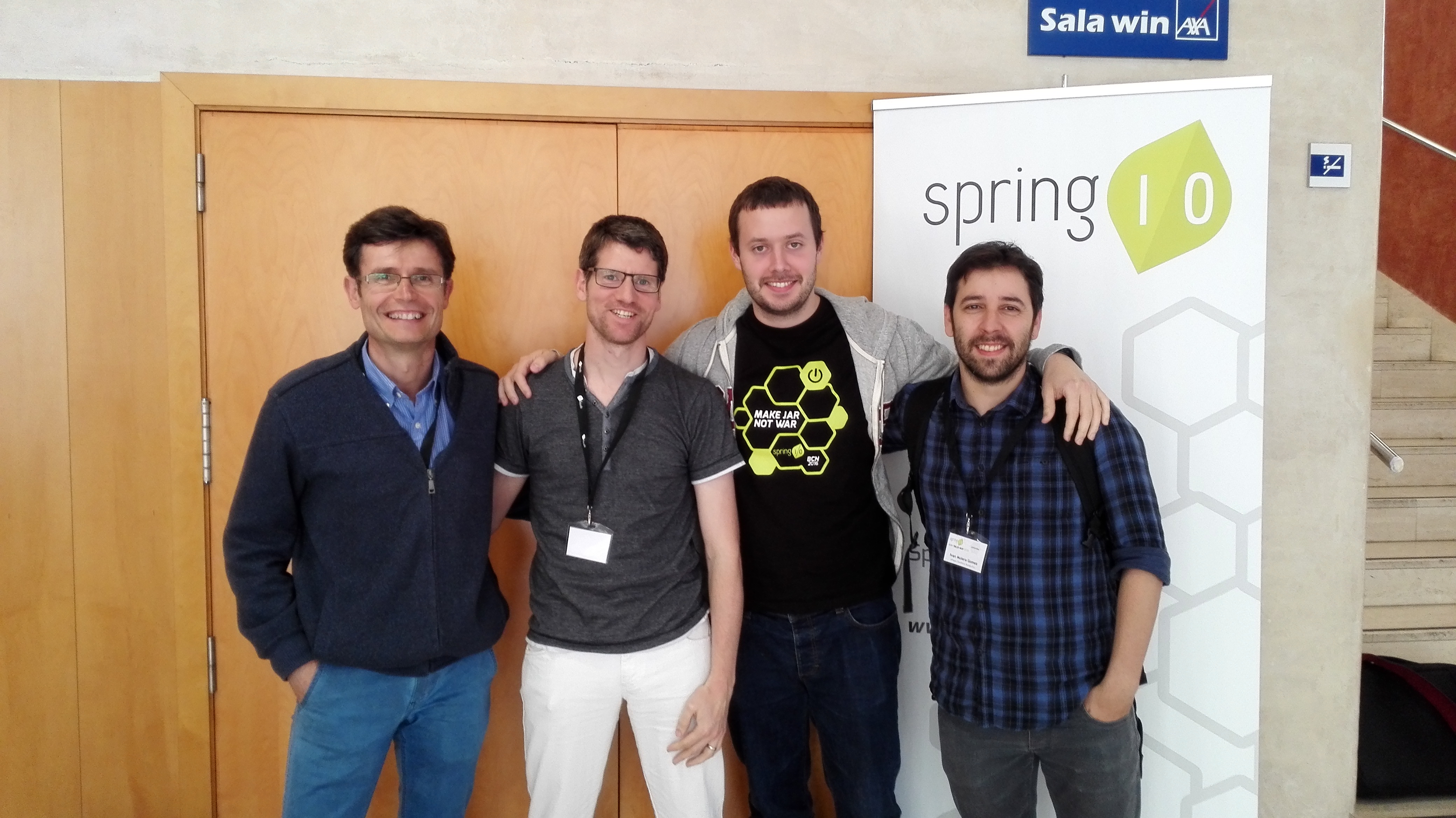