The CSS-in-JS debate, which is currently dominating my Twitter filter bubble, has reached a point where people can’t even agree on whether CSS is a programming language. In this post, I don’t want to fuel that discussion - after all, at ePages we’ve tried out all of “traditional” CSS, CSS modules, and CSS-in-JS for our various projects.

Instead, I want to share how you can pair your old school calculus skills with modern CSS techniques to derive colors from a user defined palette.

Let the users choose their colors

Being able to customize the look of your online appearance by selecting an adequate coloring has become something end users are expecting nowadays. In fact most, if not all, major content management and shop systems (including ePages) offer such a functionality. In case you don’t run an own website, you might have seen it in your Twitter profile settings.

Traditionally, technical solutions to this task involved applying a bunch of inline style attributes to some HTML elements, or compiling (and possibly caching) “white label” CSS files while replacing some variables. However, caching and serving unique content or assets per user introduces a whole layer of complexity.

Now, this complexity has been successfully dealt with for many years, but what if we could remove the need for it?

One of the most exciting, yet most overlooked, developments in the web frontend domain has been the adaption of CSS custom properties, often referred to as “CSS variables” by all major browsers.

Let me give a brief example of what custom properties can do in a very elegant way:

The key here is that you can offer two distinct color schemes from a single style sheet by using custom properties for the relevant colors everywhere (the automatic selection using the media query is a relatively new addition to the spec which I just wanted to show off).

The same result can be achieved with preprocessor (Less/Sass/Stylus) variables, or PostCSS transforms, but requires additional steps, like compiling two CSS files and switching them at runtime.

But there’s another very nice feature of custom properties that preprocessors simply cannot offer: you can set and update their values from JavaScript, enabling the same interdependence between JS and CSS many people love about CSS-in-JS, but keeping the visual declarations in the stylesheet. But enough of this topic 🙃.

If you haven’t figured out already, here’s where I’m heading: we can declare our user-defined colors with CSS custom properties, and set the actual values at runtime, e.g. in a <style> tag, or as inline styles:

Then, our stylesheets can apply those colors in any place they like:

Deriving colors from a base palette

The above approach has one drawback: if you’re as seriously into design as my designer colleagues (or just spoiled by your beloved preprocessor), you want to derive colors from a base palette, just like a real painter. On top of that, since we’re talking about user-defined colors, you’ll want to make sure that if one of those is used for a background, text written on it remains readable in all cases.

The CSS color() function aims to solve exactly that! It offers a nice syntax for modifying the hue, saturation, and lightness of any color, deriving contrast colors, or blending two colors, just to name a few. It’s basically like the lighten(), darken() etc. functions you might know from preprocessors, but natively in the browser, and, most importantly, applicable to colors defined in custom properties.

Let me give you an example:

Unfortunately, no browser has implemented this proposal yet 😢. So are we left with adding some custom color modification functions to our CSS-in-JS solution and calculate the results in JS at runtime? (Ok, I’m stopping it 🤡)

For a while, CSS custom properties were lacking support by Microsoft Edge. When it finally came, the Microsoft developer advocates did a terrific job at building a demo that still looks superior in Edge today (back then, it didn’t even work properly in other browsers, due to their lack of support for floating point values in rgb() and hsl() properties).

Their take on applying modifiers to the single color channels immediately struck me as genius, and since then has been picked up by other developers.

How does this bring us closer to our goal? Well, if we have an own custom property for each color channel, we can make use of the totally underrated CSS calc() function for manipulating colors to our likes:

In CSS, H is a unitless value, while S and L are written as percentages. In line with CSS’s resilient nature (which is one of its key features!), hue values < 0 or > 360 are accepted as well (they just keep going ‘round the clock), as are percentages < 0 and > 100 (they are clipped to 0 and 100 respectively).

In the above example, I’m creating a muted version of the foreground color by reducing its saturation to half the original value.

What we just saw works like a charm for hue rotation, (de)saturation, and lightening/darkening a color.

Deriving a contrasting color seems much harder, if not impossible to achieve. After all, per the CSS spec, it requires three steps:

We can’t achieve that with just CSS3, can we?

Well, let’s take baby steps: first of all, screw the minimum contrast color for now. Now, we take a look from a different perspective: if we dramatically simplify things, only the L channel in the HSL color model is changing. If we see the resulting L as a mathematical function of the base color’s lightness, its plot keeps growing until a certain point on the x-axis, where it suddenly drops to zero, then starts growing again. The sharp drop is where the contrast color switches from white(ish) to black(ish). We can even pick up the part about the ratio by modifying the steepness of the curve.

Now, let’s craft such a function with the tools calc() offers, that is, + - * /. This is where your school calculus skills come into play. Well, in my case it was more like my old school friend who now holds a professor’s chair in applied physics (this is so embarrassing, I hope Chris never reads this).

And here’s the result:

When I first got this halfway working, I was like “Holy cow, this could really work out!”. Nota bene: results are probably quite far away from from the spec, but hey - it gets the job done pretty well in my opinion!

This one’s fairly easy: for each color channel, we basically calculate the average between the two colors, while factoring in the specified blend amount:

If you dared to inspect the code, you might be struck by one thing though: the resulting hsl() statement is an awfully long CSS code monster! So, is there a way to improve this?

Could you pass me the syntactic sugar, please?

If you’ve made it here, you have my honest respect. But you might be thinking: “Even if this actually works, who would want to write, let alone maintain, such freak code? Also, mathematic formulas give me the shivers!”.

Which is why, if you don’t mind some Less, I give you a handful of mixins to hide all the ugly math and color channel bloat. You’ve well deserved them by reading your way down (If you’ve skipped to here, shhh, go away! You’re not worthy!).

I don’t know about you, but I’m starting to think this could even work in a real project.

What have we learned today?

Coming back to the Twitter poll from the introductory paragraph, I think I’ve shown that CSS is in fact a “real” programming language, even if a very different one.

We’ve also seen that deriving color variations from user input is achievable today, but a lot harder than it would be with the CSS color() function.

Generally speaking, no matter whether you’re writing CSS, JavaScript, or Java for a living, I honestly encourage you to look beyond your own nose, and try to get familiar with the different programming models of various languages. In short: make love, not war. ✌️ 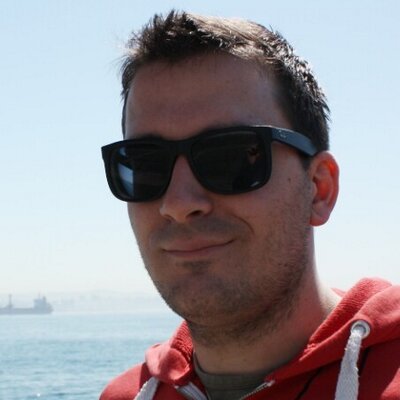 Paolo Priotto is a Frontend Developer with no fear to hack together SQL, Shell, or Java code until the error message goes away.
css

How to improve your components with React Hooks