So your software has been translated into several languages already and as there are languages that are spoken in more than one country, you can conveniently cover several countries with just one language, right?

But can you, really?

So can you cover several countries with just one language?

Let’s take German as an example. When localizing software for the German speaking market, this usually includes Germany, Austria, and the German-speaking part of Switzerland and is typically referred to as the DACH region (DE-AT-CH).

If you go the extra mile to make your software product sound local, it will come more natural for speakers of all regional varieties to use your product. They won’t frown upon “strange expressions”, may smile when being greeted in a very local way and will unconsciously feel better about your product.

And we all want happy users, right?

How to make your product speak “local”

First of all, figure out the scope. Not all regional wording is relevant for a software product. For us, we had to look out for words related to ecommerce, so we did not have to deep-dive into all those mouth-watering words for regional dishes (although we couldn’t help but stumble upon “Palatschinken” and “Rösti”), but rather focused on words like “Kassa” (Austrian term for cashier or checkout) or “Total” (Swiss term for total sum).

The research we did was mainly through online word lists and local websites, online shops and news sites. Wikipedia, for example, offers extensive lists of Helvetisms and Austriacisms that were very helpful as a starting point.

Ok, so you’ve done your research and came up with a list of local words that are relevant for your audience. But how do you make sure these are words that locals actually use? How do you avoid sounding as if you’re trying too hard, which is the exact opposite of the smooth local experience you want to deliver to your users?

There is no other way: Ask a local.

Only a native speaker can tell you if any of your findings “sound strange” or fall into the category of “we don’t say that”.

But even if you can’t find a native speaker to review your findings, it’s still worth at least localizing those you’re pretty sure are being used - maybe because you’ve found a certain term on many different websites or big online newspapers use it.

Your users will thank you for it and will love your product even more. 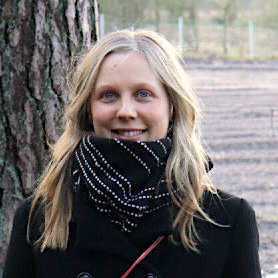 Yasmine W. is a UX Writer / Tech Writer at ePages. She loves working with words and languages and is passionate about finding just the right wording. Even if that means deciding the original wording was actually the best option.
UI
wording
localization
language
translation

How to get your localization files to speak Phrase

Guest Post: How to level up your global business with software localization

Faster app development with the Beyond API Ruby Client