This blog post is a summary of our recent endeavors to establish a solid end-to-end testing culture at ePages, specifically in the context of third-party service providers, e.g. payments and shippings.

It is about the motivation to start a test project, the goals that we set out to achieve, some common problems and how we decided to solve them.

Since several years Selenium has been used at ePages. A framework was developed, with all the good intentions of categorizing, structuring and maintaining the tests. But in the context of our third-party integrations this has been notoriously difficult. The reasons included unavailability of third-party applications, complexity of our web pages, and not running the tests often enough to gain insight into rare and difficult to reproduce errors.

So after some discussions, deliberations, and a few Git branches later, we decided to start a new test project to to be able to work on this independently, without any dependencies to other teams or significant amounts of existing code. We wanted to understand the difficulties, and solve the problems in ways that we thought were appropriate.

We specifically did not want to create a new “test framework”, because we realized that a framework would not solve the problems we had right then. For that purpose we wanted to use an approach as lightweight as possible. Even if we did eventually create something resembling a framework, it would have been because the project grew there.

(The term framework is a bit overloaded here. Essentially, what we wanted to avoid is creating too much “infrastructure code”, especially up front, and a burden of documentation as a result, but instead mostly delegate to readily available documentation of the libraries that we used to build the project, see below.)

We wanted a way to simply and effectively develop end-to-end tests, and to be able to stabilize them. Last but not least we wanted to make use of Selenium Grid to parallelize execution of the tests, in order to improve the feedback cycle.

Geb, Spock, and Gradle are a very good fit to approach this challenge. There are some considerations to cut back on using the Groovy language, but this was not really a concern for us, because Groovy is a very easy to learn language, and it is mostly backwards compatible to Java. 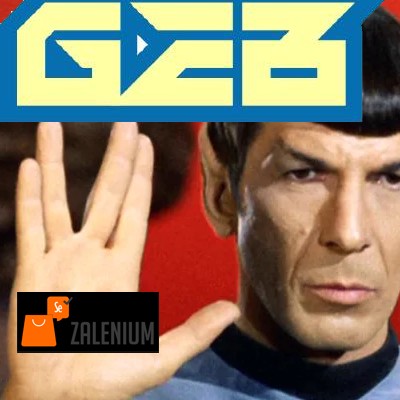 End-to-end tests generally have a bad reputation, because it is difficult to make them reliable enough to be useful. This was not different in our case. We realized that if we wanted to improve the situation with our own tests, we would need to run them many times, regularly. And we would need to debug and understand every problem that has more than a negligible chance of occurring.

For this purpose we used a task rule in Gradle to create the desired amount of test tasks, i.e. repeated executions. We also included an optional test class filter in case we wanted to restrict execution to certain tests. After making a change to remedy a synchronization problem, we would typically run the affected test between 20 and 100 times.

The harder part is of course debugging the individual errors, especially if they are difficult to reproduce. Most of the failures in this area are synchronization problems between the browser and the test, caused by the high complexity of our matured frontend. In many cases the only way to synchronize the UI with the test is to wait for some unambiguous condition, that is the result of some interaction. This can be tedious to program at times, but it is also the general case, for example when dealing with a single page application, where Selenium is, in principle, unable to detect when a “new page” has loaded.

The last resort for dealing with random synchronization issues is to simply retry the tests in case of failure. We use the @Retry annotation for this, which is included in Spock. At the time of writing of this blog, there is still an issue with Geb, in that it does not produce screenshots properly in some cases, if @Retry is being used. This is, however, not a problem for us, because nowadays we use video recording to understand failures, rather than screenshots.

Be aware of the difference between repeating a test and retrying a test. When running stability tests, we do not want to retry any tests, because we do want to see the errors in this phase, so that we have a chance to fix them.

We had to take some precautions in order to be able to run tests concurrently. The word “concurrent” has two different meanings here. On one hand it refers to starting the program in a way that makes it invoke several tests in parallel. This can be achieved using the maxParallelForks property of a Gradle test task. This way of parallelizing tests written in JVM / Gradle does not require any specific support by the test framework.

The other meaning of “concurrent” refers to having two instances of the same test running somewhere. For example, a test is running in some CI pipeline, while a developer is starting the same test on their own computer. Why would this be a problem? Consider the case that some credentials are being used to log in to some third-party website or service. This could have the effect of invalidating any simultaneous session that might be going on, or otherwise interfering with the test result.

Often times our third-party integrations would allow us to create any number of test accounts, but there could be exceptions. In one case we were not allowed to do that, as we were testing against the live system of that integration, because no “sandbox” existed.

So we had to come up with a mechanism, that would allow us to prevent concurrent execution of this test, and instead wait for the ongoing run to finish. Conveniently,Java already provides an interface for this purpose, which has exactly the desirable property that requesting a lock includes waiting for its availability, while disabling the current thread. Nice!
The interface is readily usable implemented by the Redisson library, which uses Redis as its backend.

Of course, at some point, we want our end-to-end tests to be able to bring real problems with our software to our attention. Once random stability failures were mostly understood, this has been working well for us.

The tests helped us to notice several issues related to third-party integrations and the checkout and order processes.

In one case, we even found a critical issue, before it was reported to us via support tickets from our partners. You may wonder, if the tests found the problem, why it was not fixed before it was reported by live customers?
That is a valid question, and the difficulty here was to prove that the error that we found in our test environment would actually occur in production also. But there was no apparent way for us to do that, and so the investigation of this possible issue was not prioritized. This problem got exacerbated by the fact that it would allow for a high dark figure, i.e. high number of unreported cases. This means that there was a low chance for it to be reported by a shopper who encountered it.

Also, this problem was not even related to activities of our own team, but rather the general checkout process which is being worked on in other teams. We were the ones to notice it early, because we were running automated checkout tests many times per day, and paying close attention to the results.

The next step was to deploy production grade monitoring to the test environment. Tools like the Elastic Stack are typically used in the production environment of any serious web enterprise. By also making them available in the development environment, the task of diagnosing problems that happen only rarely becomes significantly easier, because the log output of the whole system can be viewed at a glance, and is stored for later analysis.

It is an ongoing effort to make these tests produce the value they are supposed to produce.
But what value are we even talking about?
The value of end-to-end tests is not restricted to finding specific bugs in the software, and we would argue that “finding bugs” is not even their main purpose. We consider them “learning accelerators”, that help with understanding the system as a whole, and drive it into the direction of robustness and reliability. A lot of things have to have gone right for reasonably complicated end-to-end tests to be able to pass. In that sense they are also driving the development behind certain non-functional features, as well as build- and deployment infrastructure. Conversely, whenever there is work to be done in that area, end-to-end tests prove to be a very useful tool.

The most recent addition to our development environment is Zalenium by Zalando. Before we switched to Zalenium we had been maintaining our own Grid installation, which was also based on docker-selenium.

Using Zalenium all of our UI tests produce a video recording, which is very helpful when analyzing failures. The videos are much more useful than screenshots. Seeing the test in motion makes it that much easier to understand the problem. While both videos and screenshots prevent inspection of the markup, this is rarely needed when trying to understand a failure. The stack trace from the test in combination with the video is usually enough to understand the problem.

Another motivation to use Zalenium is to make it easier to provide up-to-date browsers and operating systems for the tests, and possibly safe some effort across teams.

After ongoing difficulties and responsibility arguments over refactoring and improving our existing Java-based Selenium framework we decided to start from scratch, using a lightweight technology stack, i.e. only a few libraries and a framework-less approach to writing end-to-end tests.

It took some time to learn the most important concepts of Spock and Geb, and we did spend some time implementing code that arguably existed in some way or another in the old framework.

But this was compensated for by the fact that, we needed only a fraction of the code to implement that functionality. As a result, the code is comparably much easier to understand and navigate. This made it possible for every developer in our team to write their share of the code, which is probably going to help with future maintenance.

But most importantly the tests are running again regularly, and mostly free from random errors.

Credit for the header image of this post goes to Brady Holt. 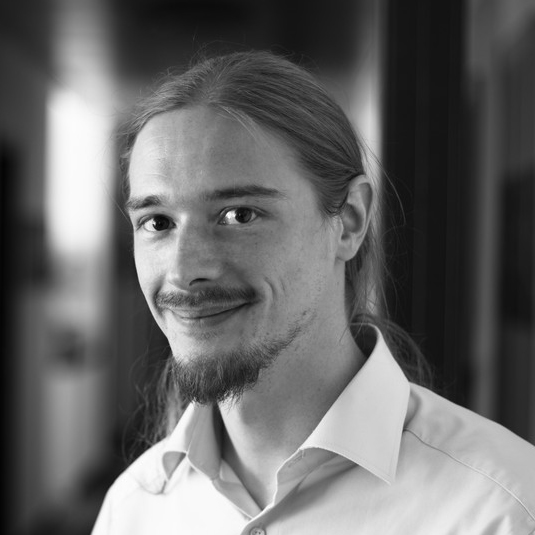 Thomas Hirsch is a Software Engineer who has accepted the challenges of build- and test automation. Also a proponent of Open Source software. 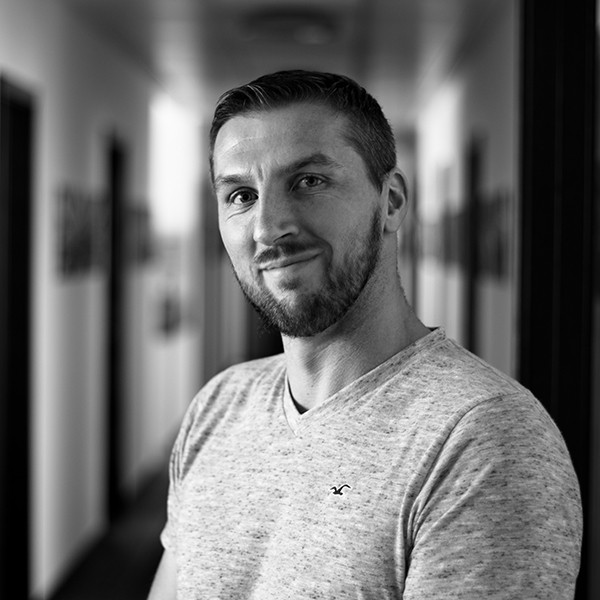 Torben Ulber is a Technical Support & QA Engineer who enjoys solving issues for customers and testing our software to maintain a high level of quality.
testing
Zalenium
Selenium framework

How to get emails to speak Mattermost

How to generate MAC addresses