Nowadays almost every company is complaining about the fact that it is hard to find good employees, especially in IT. But where can these employees be found? Let’s start directly at the beginning. When do people choose their profession? In our experience with our children we suppose that we should raise the interest in science and technology as early as possible. And as luck would have it, we as a part of the Application Management team had the chance to offer a Programming and robotics workshop at an elementary school (Heinrich-Heine-Grundschule) next to our office in Jena, where two of our children go to.

We held the workshop this November. It was part of the school project week called “Versuch’s doch mal” (“Give it a try”). For 3 days a group of students from first to fourth grade visited us for two hours each.

Send in the robots

We figured that robots might be very helpful for such a workshop. We made good experiences with this one, so we decided to order four of them. This way, we were able to divide the group of students into four small ones with three or four children per group.

What are the robots able to do? Their movements can be “programmed” on their backs. The possible commands are “drive forwards” or “drive backwards” (10 to 15 centimeters each), and “turn left”, or “turn right”. They have one arm with a magnet attached as well as a hand that can hold a pen. In addition, the robots have ultrasonic sensors for avoiding obstacles.

Before the students finally got started, we did a little introduction about programming as well as about the characteristics of a robot. This page from Code.org was very helpful to explain the principles of programming in a very nice and child-friendly manner.

After that, each group worked on the following tasks:

At the end of the workshop the children were allowed to make a small race with a much cooler robot, that was controlled by an app.

The project week was rounded up by a little presentation at school about the workshop, and the robots where students that missed the event, teachers, and interested parents alike were able to attend. Many of the parents were surprised by the simplicity, and asked for an app control. But it was this simplicity which made it easy for the children to follow the instructions, and getting fast success.

The robots were donated to the school. The students still enthuse about this workshop. They worked concentrated, learned a lot, and had much fun. We don’t know if they will work in the STEM industries when they are grown up, but definitely Santa Claus has to bring a lot of robots to Jena this year 🙂.

Andreas Heidrich is an experienced Infrastructure System Engineer with experiences ranging from VAX/VMS to today's current Linux systems. He is a passionate photographer, and never goes without a camera. 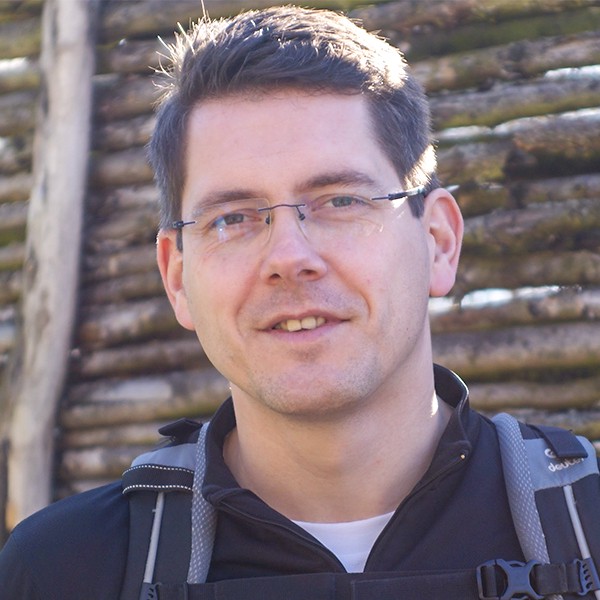 Frank Stangenberger is an Application Engineer who studied Computer Linguistics and Pedagogy. He takes care of the on-time software updates at our providers, and is part of the 24/7 on-call service.
coding
school
programming

Getting started with Micronaut