In the first two parts of this mini-series, my colleague Dirk gave an introduction to Helm where he explained how to create charts, and how to work with templates and values.

In this final part we will have a look at how we can work with secrets. I will show you a way to work with encrypted values, so that secrets can be checked into version control alongside the chart without any concern.
For this purpose we will use the plugin helm-secrets, because there is no secret management included in Helm itself. I will show you what it can do, and how to use it in your daily work.

Why do we need such a thing as helm secrets? Sometimes there are values we want to provide to Helm charts that should not be visible to the public. So just checking them into version control without encryption is not a good idea. But we still want multiple persons to have access to them, for example all members of a team. You could also store these values as environment variables on your deployment cluster, but that is not optimal for multiple people to collaborate, and could potentially lead to data loss due to outage.

That’s where helm secrets comes into play. It allows you to encrypt your values, so that they can be checked into version control. Furthermore, it offers a way to work with these encrypted values transparently. What’s more, the way the values are encoded lets you see which secrets were changed at what time in your version control system.

Helm secrets - What does it offer?

This plugin allows to encrypt values files with a secret key of your choice. It is also possible to edit the encrypted files without extra effort. And it comes with a wrapper, so that using this encrypted values file in Helm is done transparently. All in all, you just have the initial effort of creating a key, and encrypting your values file. Afterwards working with the encrypted files is transparent. The plugin supports the yaml structure encryption per value, i.e. it only encrypts the values. That way you can still see the structure of the file and which keys are in there, even if you don’t have the secret key. This is helpful for version control and diffs.

There is also a good documentation on the github page of the plugin. If you’d like more information, feel free to read it through.

Installing helm-secrets is pretty straightforward if you have Helm installed already.

Everything that is required will be installed, including sops and the helm-wrapper. For some operating systems it might be necessary to install sops manually. For further information, refer to the helm-secrets readme.

How to work with secrets files

First you need to decide how you want to encrypt your secrets. Helm secrets currently supports PGP, AWS KMS and GCP KMS. I will show you how to do it with PGP keys, but apart from the creation it shouldn’t be much of a difference with the other methods.

As an requirement to work with PGP keys, you need to have gpg installed. If you use PGP you first need to generate a key. This can be done with following command (please follow the instructions of the tool):

Alternatively, if you already have a key, you can import it like this:

You can then use

to find out the fingerprint of your key. With this fingerprint you can create a .sops.yaml file which you will need to encrypt your secrets. This file is only needed to initially encrypt, and doesn’t need to be checked in. It will look something like this:

Now that we have a key, and also told helm-secrets to use it via the .sops.yaml file we can start to encrypt.

Let’s assume we have this file (secrets.yaml):

We can now encrypt it using

As you can see, the structure remains intact, only the values got encrypted. Also there is a sops block now with all the information regarding the encryption that will be used for editing and decrypting this file. Rendering the .sops.yaml is unnecessary from this point on.

Now that we did the “hardest” part, working with the secrets is quite simple.

You can simply use

to edit the secrets. This will open vim (Being able to use a different editor seems to be a feature that will come in the future) and lets you edit the secrets file like a normal file. In the background helm-secrets will decrypt the file and encrypt it again after closing it.

There are some other useful things you can do with helm-secrets which are not mandatory for day to day use, but nice to have. You can, for example, view a decrypted secrets file by using

or write the decrypted secrets to a file by using

Last but not least, to manually clean up those decrypted secrets files use

Another neat feature is that you can leave parts of the secrets file unencrypted by using the suffix ‘_unencrypted’ on the key where you want the value to be unencrypted. Be aware that unencrypted content is still added to the checksum, and cannot be modified outside of helm-secrets without breaking the file integrity check.

In the final part of this mini-series we had a quick overview of the Helm plugin helm-secrets and learned how to use it. Together with the other two parts you should have a good overview of Helm, and should already be able to use it while keeping your secrets safe. 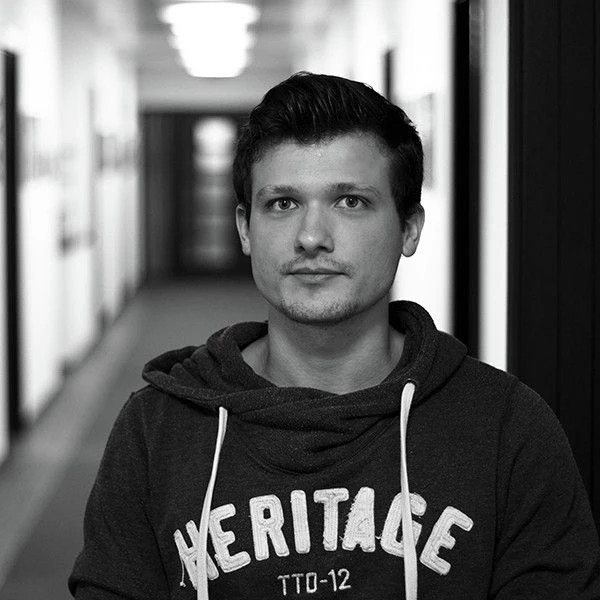 Alexander Sandau is a Java Developer, who is passionate about clean code, keen on Open Source, and likes to be on the move.
kubernetes
helm
cloud

Why we go API-first and beyond

How to animate SVGs with CSS